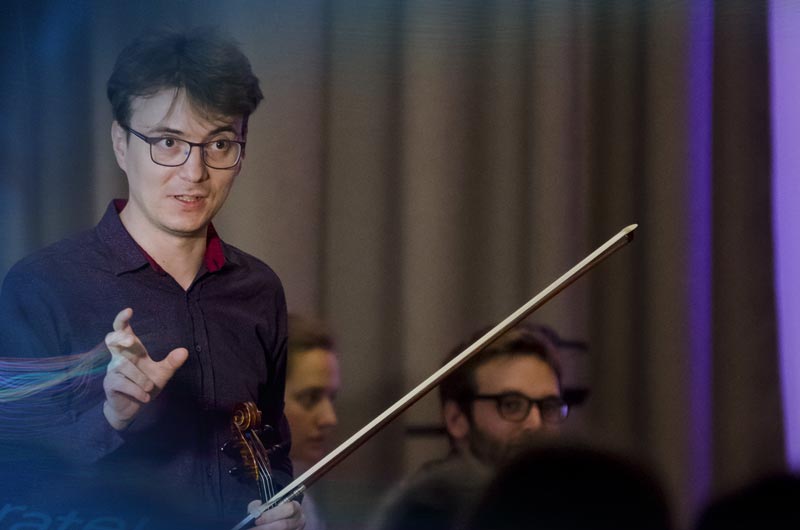 Posted at 20:44h in 2021, RELATED EVENTS by vibrate!festival
Are we still exploring the fascinating universe of classical music with one of the initiators of such an unconventional project, Vlad Maistorovici? The violinist and composer Vlad Maistorovici, one of the most interesting artists of his generation, has a long list of achievements throughout his career. He has won awards from The Tillet Trust, Young Concert Trust and the “Remember Enescu” International Competition. He has performed – as a soloist and member of chamber ensembles – on stages such as Wigmore Hall (London), Queen Elisabeth Hall (London), Cadogan Hall (London), The Sage Gateshead (UK), Flagey Hall (Brussels), House of Culture Helferei (Zürich), Great Hall of the Conservatory of St. Petersburg, Merkin Hall (New York). Together with Diana, he founded the festival, which is in its seventh edition this year, in order to bring music to unconventional spaces and unique places in Brasov, exceeding the usual limits of the concert hall. We thank them for making this cultural journey possible every year and for keeping classical music in the hearts of the people of Brasov!
Project financed from the budget of Brașov Municipality.