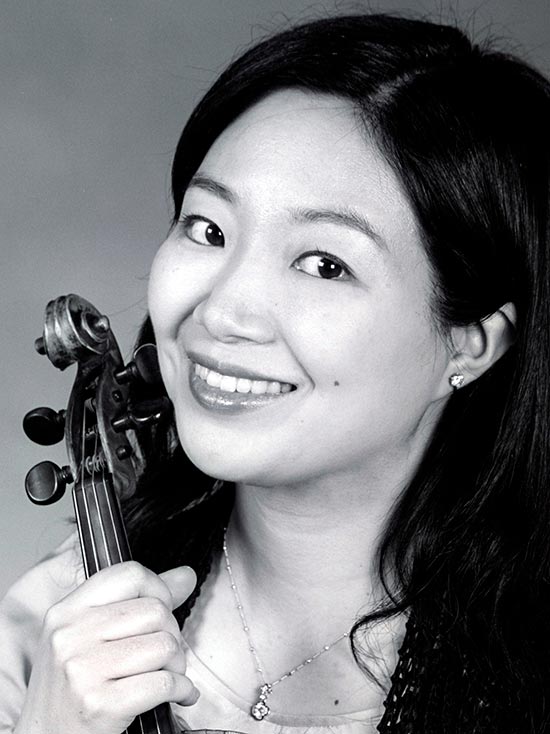 Versatile violinist Arisa Fujita is in great demand both as a soloist and chamber musician. Born in Japan, Arisa studied with David Takeno at the Guildhall School of Music & Drama, where she is now a Professor. While at Guildhall, she won all available violin prizes: the Gold Medal’s Rose Bowl, Silver Medal from the Worshipful Company of Musicians and the Sheriff’s Prize. She gained the Concert Recital Diploma (Premier Prix) in 1998. She was also a recipient of the Emily English Award, Maisie Lewis Young Artists Award and the Boise Foundation Scholarship.

Arisa has performed in most of the major concert halls in the UK including the Wigmore Hall, Barbican Hall, Queen Elizabeth Hall, both as a soloist and as the member of the Fujita Piano Trio formed with her two sisters. She has also performed extensively around the world including France, Italy, Sweden, Romania, Yugoslavia, Canada and Japan. She also performs occasionally with the Nash Ensemble.

Arisa has being invited to the Open Chamber Music Seminar of the IMS Prussia Cove for many years and has also taken part in their national tour which was broadcast on BBC Radio3. Following the release of a critically acclaimed CD of chamber works by Toru Takemitsu on ASV Label, Arisa has recorded Ysaÿe 6 Solo Sonatas, Tchaikovsky Trio, Shostakovich/Ravel Trios, Schubert Trios and Dvorak Dumky/Smetana Piano Trios all with Intim Musik Label.