...For a while now Dario Bonuccelli, born in 1985, has been a wonderful presence on the concert scene. Endowed with a solid technique and admirable music culture, Bonuccelli is a well-rounded musician, capable of exploring each score in depth and of reading it with clarifying intelligence, using an approach that is careful to details as much as to the whole ...and all with elegant phrasing, flexible sound, broad lyricism...

Dario Bonuccelli has devoted himself to the piano from the age of four, under the guidance of Luciano Lanfranchi. He graduated in 2004 from the Conservatory of Genoa with the highest mark, honors and mention; then he went on to specialize with Franco Scala (triennial specialization course at Pinerolo Academy), Andrea Lucchesini and Pietro De Maria (three-year advanced course at Fiesole Music School), and in 2011 he earned a master degree in performance at the Paganini Conservatory with Marco Vincenzi, once again summa cum laude. He took part in many national and international competitions, winning forty two first prizes, many scholarships and special recognitions. He attended to various masterclasses under the guidance of many important professors (among them: Bruno Canino, Aldo Ciccolini, Svetlana Navassardjan). He began to perform in public at a very young age. His first recital was in 1998; a year later, at fourteen, he made his debut as a soloist with the Chamber Orchestra of Kazakhstan, performing Mozart Piano Concerto K414 under the conduction of Paolo Biancalana. Since then, he performed in about 400 concerts in Italy, France, Romania, Czech Republic, Netherlands, Sweden, Germany, Spain, Switzerland, Austria, Estonia, England, Serbia, Bulgaria and Japan; he performed in prestigious concert halls (such as Bibiena Theatre in Mantova, Wigmore Hall in Londra, Royal Palace in Stockholm, Enescu Museum in Bucarest, Caio Melisso Theatre in Spoleto Festival, Kashihara Theater in Osaka, Sala Verdi in Milan…), playing as a soloist, or in various chamber ensembles, or as a soloist with orchestra (Chișinău Philharmonic Orchestra, conductor Valentin Doni, SBS Radio & Television Youth Orchestra, conductor. Leonardo Quadrini, Bacău Mihail Jora Philharmonic Orchestra, conductor Ovidiu Bălan, Lilla Akademien Chamber Orchestra of Stockholm, conductor Mark Tatlow, Kansai 21st Century Symphony Orchestra of Osaka, conductor Endo Hiroshi, Iași Phylarmonic Orchestra, conductor Winston Vogel). His last important performances: Shostakovic Piano Concerto no. 1 with the Sanremo Symphonic Orchestra, the recital in the season of the Maggio Musicale (Cycle Debussy), the one for La società dei concerti in Milan, the participation (as piano 1) in the concert for 21 pianos in Milan (in Sala Verdi and during Piano City), for the execution of the Simphony no. 2 by Daniele Lombardi, of 1-100 by Nyman and Winter music by Cage, and the concert at Cremona Mondomusica during the 26th Cremona Fair. Bonuccelli’s repertoire spans from Baroque to Contemporary music, with a predilection for Early Romanticism. He has prepared and performed monographic programs on the occasion of the anniversaries of composers, among them Mozart, Enescu, Chopin, Schumann, Liszt, Mahler and Debussy. In 2013, he recorded for Dynamic a double CD with Richard Wagner’s complete piano works, which received excellent reviews, published by some of the main music magazines (Suonare News, Amadeus, Classic Voice, Musica, Il Mondo della Musica…) and was successfully greeted by audience and critics during the public performances (among them, the performances for RaiRadio3 and Radio Classica). This year, in occasion of Strauss’ 150th birth anniversary, he recorded for Dynamic the first of three CDs containing the complete piano works of this great German composer. Besides his soloist performances, he also plays chamber music in ensembles from duo to quintet. He played with musicians famous all over the world, such as Danilo Rossi, soloist viola of Scala Theatre’s Orchestra. Since 2008 he has a stable duo with the Romanian violinist Vlad Maistorovici, with whom he toured Sweden, Italy, Romania and England. The Duo has a vast repertoire and also particular programs such as Schubert Integral works for violin and piano. The Duo attended the triennial specialization course in Chamber Music with Bruno Canino at Fiesole Music School and graduated in 2011 with the best marks. With Tenor Marcello Nardis Bonuccelli has performed Beethoven’s complete lieder works. Bonuccelli also holds a University degree in literature, which he earned at the University of Genoa with best marks and honor, discussing a thesis on the History of Music. Since 2010 he has collaborated as a pianist with the Paganini Conservatory of Genoa and has taught piano at the Edward Neill Academy of the same city. He moreover teaches piano and composition at the Yearly Music Courses organized in Camogli by the Gruppo Promozione Musicale Golfo Paradiso. “…an amazing Dario Bonuccelli… the velvet of a presence discreet while dazzling, solid but without ostentation, sincere…The 24 years old pianist demonstrated former times class, soft elegance and warm dedication… Thunderous clapping… Miracles from music and from them who are able to make music…” (Elide Bergamaschi – La Voce di Mantova). “…Dario Bonuccelli is an outstanding pianist… with exceptional technique and musicality… his sound and maturity are incredible…” (Emilia Giribaldi – La Nuova Provincia). “Bonuccelli already demonstrates an admirable and dexterous maturity. He has a developed technique and plays in a smooth and flowing manner… the young artist has extremely promising qualities… neat and precise, emotional, passionate… a master of technique, an acrobat.” (Roberto Iovino – La Stampa). “At the recitals of Nottara and at the Enescu Museum the brilliant young Italian pianist Dario Bonuccelli has fascinated the public… I appreciated in particular the nobility with which he broke into the Mozart sonata… The interpretation of Liszt and Chopin was excellent, just as a Dionysian pianist… Dario will surely be around in the future.” (Doru Popovici – Radio Cultural, Bucharest). “…the concert for piano and orchestra of Mendelssohn: a convincing conductor, Leonardo Quadrini and a virtuoso pianist, the young Dario Bonuccelli, only 17 years old, enraptured the audience.” (Il Nuovo Foggia & Foggia). 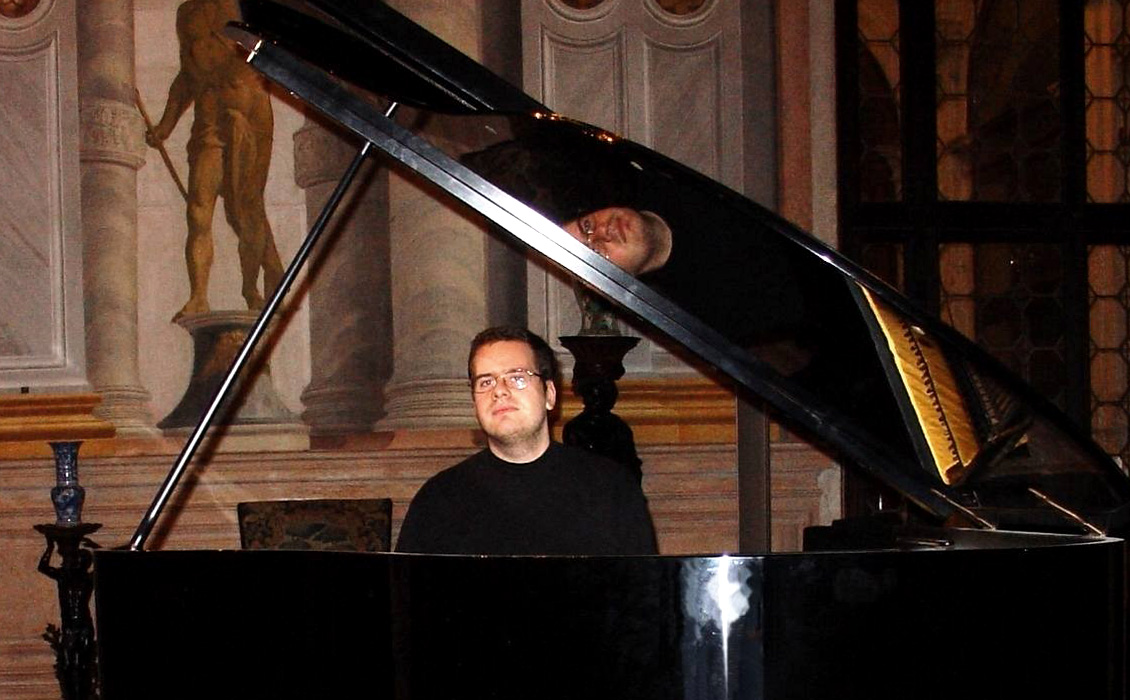