Emma Rotomeza is a Romanian violist, born in 1985 in Râmnicu Vâlcea. She is the Grand Prix winner of the George Georgescu Competition in 2004 and has won over fifteen 1st Prizes in Music Competitions such as: the Orpheus Competition in 1998, the Johann Sebastian Bach Festival – Competition for violin and viola in 2003 and 2004, the Garabet Avachian Competition in 2003, the National Romanian Olympics of Music in 2000 with an Excellency Diploma in 2004, the Young Talents Competition in 2002 and 2003, an Excellency Diploma from the Rotary Club for her musical activity in 2004 and the most recent 1st Prize at the Road to Celebrity Competition – viola section in 2011. ​She holds her Graduation and Diploma in Music in 2004 at the class of Mariana Mihăilescu (alto) in Râmnicu Vâlcea, both Bachelor (2004) and Master (2010) Degrees in Music Performance, and a Pedagogy Module in 2010 from the National Music University of Bucharest at the classes of Valeriu Pitulac (alto), Iulia Timiras (alto), Șerban-Dimitrie Soreanu (chamber music) and Dumitru Goia (orchestra) and a 6 months Erasmus Scholarship (2009) at the Eduardo Martinez Torner Conservatory in Spain. ​She is currently performing her Advanced Studies in Music at the International Menuhin Music Academy in Switzerland since May 2011. She has had the privilege of having Liviu Prunaru (Netherlands), Sophia Reuter (Germany), Johannes Eskaer (Denmark), Ettore Causa (SUA) and Pablo de Naveran (Spain) as mentors until May 2012 and now is continuing her studies there under the guidance of Maxim Vengerov (Monaco), Oleg Kaskiv (Switzerland), Ivan Vukcevic (Switzerland) and Niall Brown (Luxembourg). She is the solo viola of the Camerata Menuhin and performs on a regular basis in Switzerland and abroad. In the summer of 2012 she has recorded an audio CD at the Dinemec Studios with Maxim Vengerov and the Menuhin Academy Soloists and also a live concert DVD of Maxim Vengerov with IMMA Soloists in the Paleo Festival in Nyon, July 2012. She has performed in halls such as KKL Luzern, Palais Princier in Monaco, Estoril Festival in Portugal, Darmstadt Orangerie – Germany, the Romanian Atheneum in Bucharest, Okayama Miki Memorial Hall, Matsuyama Hall, Hiroshima Phoenix Hall – Japan. She is curently the violist of the ADEO Quartet, based in Switzerland, together with colleagues Andrei Stanciu (violin), Emilie Weibel (violin) and Eunice Heo (cello), playing concerts and preparing for International Competitions. 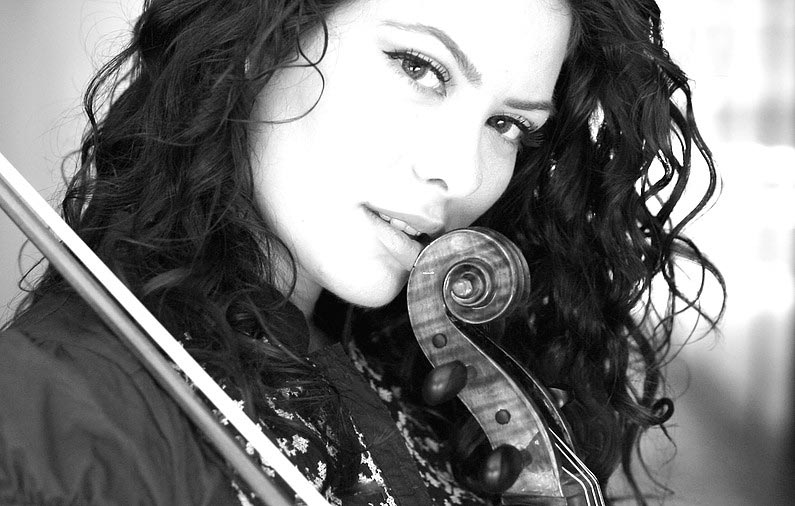