Harry graduated from the Royal College of Music in 2011 and has since enjoyed a varied career, encompassing orchestral and west end work, contemporary music and sessions, alongside his commitments as a chamber musician and soloist. His orchestral work includes the Royal Philharmonic, Bournemouth Symphony, London Contemporary and Mozart Festival Orchestras, and he deputises on the London West End Show Wicked. In 2013 he gave his Wigmore Hall debut under the auspices of the Park Lane Group – performing Mozart Clarinet Quintet and the London Premiere of Francisco Coll’s Quintet with the Benyounes String Quartet. In 2014 he will be appearing as soloist in the Bridgewater Hall for the Manchester Midday Concerts Society. He will also be performing Morton Gould’s Derivations at Blackheath Concert Halls next season with conductor Michael Collins. Harry has given recitals at numerous prestigious venues and festivals, including the Purcell Room, Wigmore Hall, Kings Place, St Martin in the Fields, Bath Pump Rooms, St James’ Piccadilly and Jardin Musicaux and Cheltenham Festival’s. He has been broadcast on Radio Suisse Romande, Radio Romania and Alpha TV, and has recorded sessions for Bollywood and Sony BMG Pop Artists. In 2011 and 2012 Harry collaborated and performed alongside Nigel Kennedy and his Quintet at St Prex Classics in Switzerland. Harry was appointed the Richard Carne Junior Fellow for Individuals at Trinity Laban for 2013-2014 – a position that sees him taking clarinet classes, coaching chamber music, giving concerts and working with the composition students. He is a member of the Mercury Quartet.

Harry gratefully acknowledges the support of: 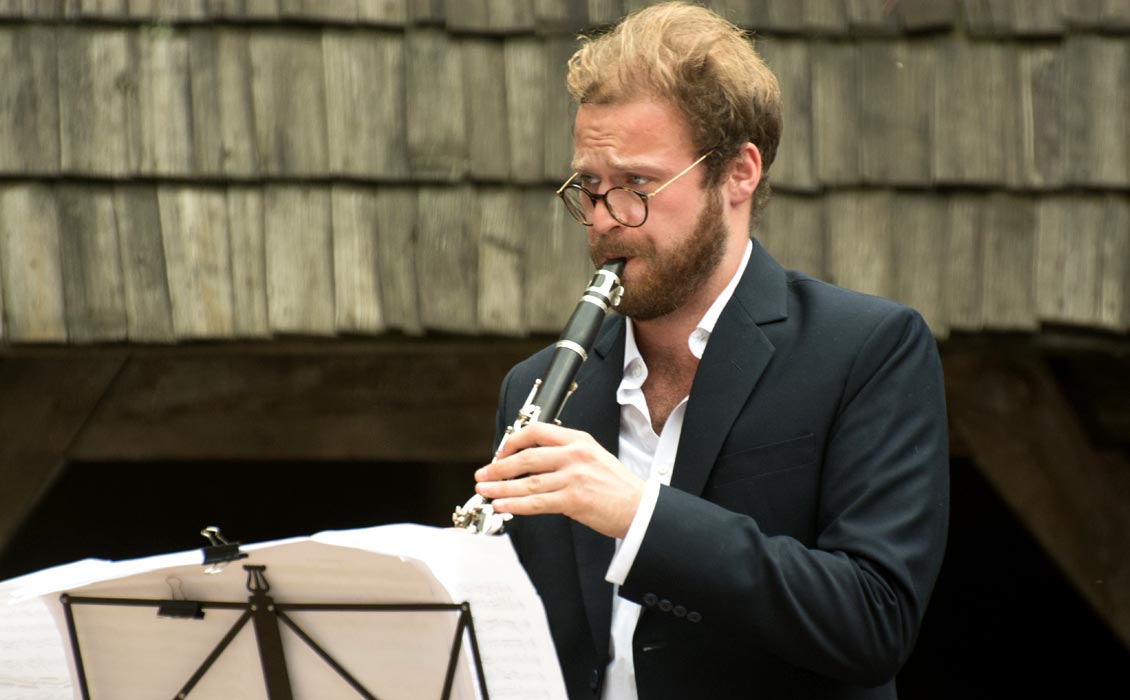