The Romanian pianist Irina Botan won full scholarships to the Yehudi Menuhin School and the Guildhall School of Music and Drama in London. She resides in the UK, where she performed at the Wigmore Hall, Royal Festival Hall, Covent Garden, Purcell Room, Cadogan Hall, Kings Place, Conway Hall, Fairfield Halls, St. John’s Smith Square, St. Martin-in-the-Fields, Snape Maltings, Millennium Centre, St.James’s Palace and Windsor Castle. She has been broadcast on BBC Radio and TV and participated in the International Piano Series at the Southbank Centre. Irina is Founder and Director of the annual Highgate International Chamber Music Festival in London as well as Artistic Director of Kammermusikfest Sylt in Germany together with her partners of Monte Piano Trio. Outside the UK Irina toured the Netherlands, Italy, France, Austria, Spain, Germany (including recent performances at the Berliner Philharmonie and Schumannhaus Bonn), Romania, China, Japan and the US – where her performance at the World Bank in Washington D.C. was broadcast on CBS. In Paris, Irina played for the 50th Anniversary of the Declaration of Human Rights at the UNESCO Headquarters. In Romania she performed in venues such as the Romanian Athenaeum, the National Radio Hall and Enescu House and has collaborated since the age of eleven with the National Radio Orchestra and the Bucharest Virtuosi under the baton of conductors such as Horia Andreescu and Madalin Voicu. Irina has been frequently broadcast on TV and Radio in her native country and was invited to perform for the state visit of the Romanian Prime Minister at the Hague. Future engagements include performances in the UK, US, Holland, Germany and Romania as well as the release of a CD with Monte Piano Trio on Genuin Label in July 2015. As a chamber musician Irina has performed with Ivry Gitlis, Alexander Baillie, Alexander Sitkovetsky, Daniel Rowland, Priya Mitchell, Thomas Carroll, Daniel Rohn, David Cohen and Amy Dickson and is a co-founding member of the London International Players. Irina studied with Maria Fotino, Marta Paladi and Oana Velcovici in Bucharest and with Irina Zaritzkaya, Ronan O’Hora and Naum Grubert in the UK and Holland. She has received guidance from Mstislav Rostropovich, Ida Haendel, Ivry Gitlis, Murray Perhia, Bella Davidovich, Charles Rosen, Claude Frank at IMS Prussia Cove, Ralph Ghotoni at the Reina Sofia School in Madrid and Gunter Pichler at the Accademia Chigiana in Siena. 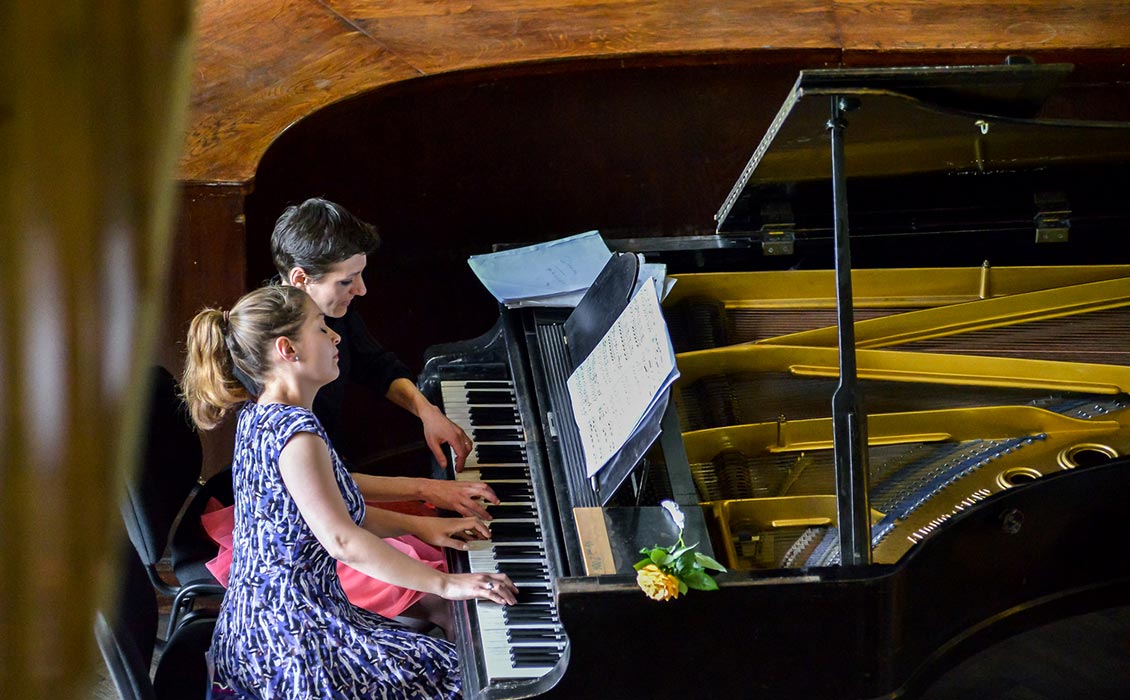