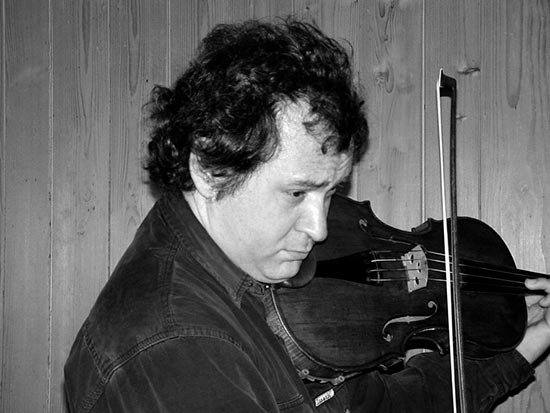 Marius Ungureanu is first violist in the Aalborg Symphonic Orchestra. Ever since student years, he displayed a special interest in new music, always doing his utmost to search for new ways of performance and connections to the other arts. Thus, in 1985, he presented several chord quartets written by Romanian composers, at the Romanian Cultural Days in Amsterdam. In the same year, he settled in Germany and became one of the main violists of the Philharmonic Orchestra of Freiburg im Breisgau. In 1987, he held the same position, this time within the Tonhalle Orchestra from Zurich. In 2008, he was a composer in residence in the town of Langvad in Denmark. He became first violist within the orchestra of the Zurich Opera (Switzerland) and then first violist in the symphonic orchestra Aalborg from Denmark, where he has been active to date.

Marius Ungureanu was born in Sibiu in 1962 and started studying violin in his home town at the age of six. He then continued in Bucharest, at the George Enescu Music High School, where he learned to play the viola with the teacher Mugur Popovici. In 1984, he graduated from the Ciprian Porumbescu Conservatory at the class of Valeriu Pitulac. In 1977, he participated in the International Music Summer Camp from Interlochen – Michigan, in the United States.

Beside his strictly performative activity, Marius Ungureanu has also composed theatre and film music, being even a composer in residence in the town of Langvad in Denmark (2008). Some of the projects for which he has been working throughout his career are the movies Battle for Earth by S. Eisenstein and Mother by Pudowkin, The Dream alongside T. Rocsoreanu, Meisi Timm and Monique Popescu, but also the play Man in the Holocene by Max Frisch. Beside the mentioned titles, he has been involved in various other projects in Germany, as well as in other European countries, such as Switzerland, Denmark, Romania, etc.