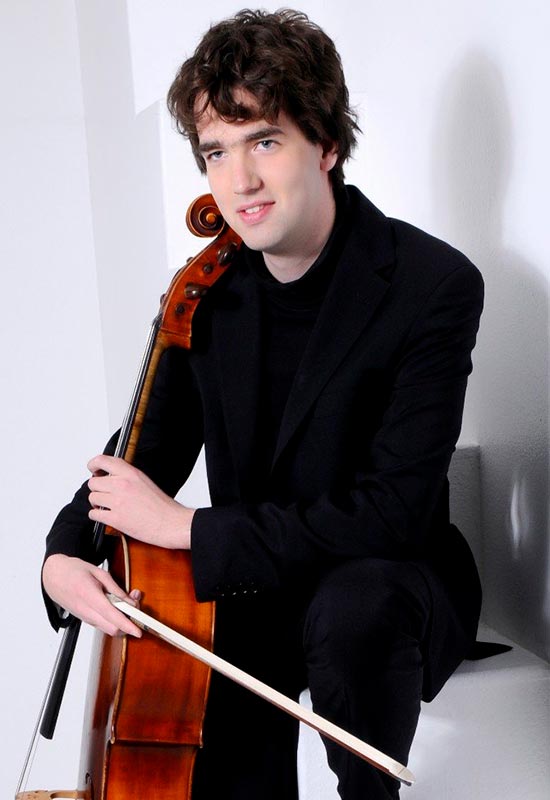 Matthijs Broersma was born in Holland and began playing the cello at the age of four. After studying at The Yehudi Menuhin School with Louise Hopkins and Leonid Gorokhov, he continued his studies at the Guildhall School of Music & Drama and the Hochschule der Künste, Bern.

He received numerous scholarships and awards from the VandenEnde Foundation, Fonds voor de Podiumkunsten, Prins Bernard Cultuurfonds, the Martin Musical Scholarship Fund, The Musicians Benevolent Fund and the Lyra Foundation and in 2010 he won 1st prize in the Kenneth Page Cello Competition. He participated in masterclasses at IMS Prussia Cove and elsewhere with Colin Carr, Bernard Greenhouse, Frans Helmerson, Gary Hoffman, Steven Isserlis and Arto Noras and has taken part in festivals such as the Pablo Casals Festival in Prades, the Menuhin Festival in Switzerland, the Paxos International Music Festival in Greece and The International Holland Music Sessions.

As a soloist and chamber musician he has performed extensively worldwide, performing in venues such as the Concertgebouw and the Wigmore Hall. Recent highlights include the Saint-Saëns Concerto with the Bern Symphony Orchestra, the Elgar Concerto conducted by Christopher Warren-Green, and solo recitals at the Royal Festival Hall, Purcell Room and the Menuhin Hall.

Matthijs is also the cellist of the Gémeaux Quartett, a firmly established international prize winning Swiss quartet. In 2012 the Quartet won 2nd prize in both the International Franz Schubert and Modern Music Competition in Graz and the International Joseph Haydn Chamber Music Competition in Vienna. Recently the quartet was guest at festivals in Germany, Austria and Sweden, performed in Hong Kong with clarinettist Paul Meyer, at Kings Place in London, the Konzerthaus in Berlin, the Philharmonie in Köln and at the World Economic Forum in Davos.

Future engagements include numerous solo and chamber music recitals across Europe and in Japan as well as several performances of the Dvorak Concerto in Holland.