Exceptionally gifted, marvellously lively and a real force for good in music today.

The London-based Mercury Quartet comprises of four rising stars of Europe’s contemporary music scene: Romanian composer and violinist Vlad Maistorovici, English clarinettist Harry Cameron Penny, French pianist Antoine Françoise and English composer and cellist Colin Alexander. The quartet’s mantra is to explore and champion new music. They are responsible for the commissioning of new works from the most talented and lauded composers of the younger generation such as Mark Simpson, Charlotte Bray, Edmund Finnis, Steven Daverson, Nick Martin, Laurent Durupt to name but a few. The main hub for new commissions has been the quartet’s own curated series at the Forge in London, called Mercury RADAR, which took place between 2011-2013. These concerts presented world premieres from prominent young composers of diverse aesthetic directions alongside modern classics of the repertoire, and quickly became an unmissable event in the contemporary music scene of London. A selection of these new commissions is the subject of a new disc to be released in 2015, entitled …escaping centre. The quartet tours regularly the UK and Europe and have appeared in major venues and festivals. They are regularly invited to perform Messiaen’s Quartet For The End of Time, the seminal masterwork that triggered the formation of the quartet in 2008 at the Royal College of Music. In 2012 they were joined by legendary singer Linda Hirst to perform Schonberg’s Pierrot Lunaire, on a tour marking 100 years since the first performance of this work. They often invite guest musicians in order to perform classic masterworks of the 20th century, such as Elliott Carter’s Triple Duo, Boulez’s Derive I, Grisey’s Talea. The quartet’s performances were broadcast on Radio Suisse Romande and Radio Romania. Away from the concert stage, the members of the quartet make their skills available to student composers. As resident ensemble or as invited workshop leaders, the quartet have worked with students of Dartington International Summer School (with Julian Anderson), King’s College London (with George Benjamin), Southampton University, Bucharest National University of Music. Always open to new challenges, the quartet engages in unusual, often quirky projects. In 2008 they won The NonClassical Battle of the Bands Competition with a performance of a completely free improvised set. This brought them to the attention of Gabriel Prokofiev (founder of NonClassical label), who produced the quartet’s first album entitled Mercury Acoustic, which features free improvisations alongside electronic remixes of this original material. “…following the harmonic or rhythmic impulses of each other instinctively they create some of the most enthralling new music of this new century” (Gabriel Prokofiev), and trace “fascinatingly circuitous routes from noise to almost-tonal normality and back again” (Daily Telegraph, Ivan Hewett). 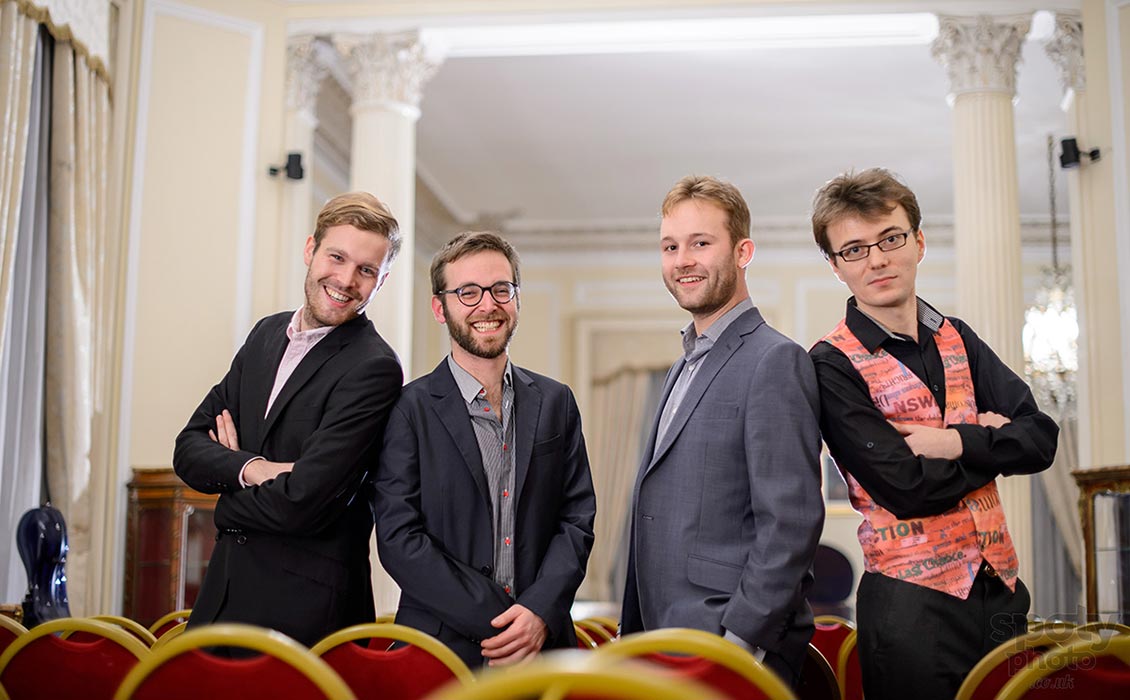