Born in Gorki (Nijni-Novgorod) in 1984, Mikhail Sporov begun his music studies at the age of 7 with the pianist Natalia Barkova. In 1997, aged 13, he had his debut as a soloist playing in the New Names Festival Chopin Concerto no 1 in e minor with the Nijni-Novgorod Symphony Orchestra. In 1998 he won the National Piano Competition from Nijni-Novgorod and the Rozhdestvensky Young Pianists Competition. The following year he receives the First Prize at the Syzran Chamber Music Competition in Russia, in the Piano Duo section. His music studies continued between 1999-2003 at the Nijni-Novgorod Music School with Prof. Valery Starynin and then at the Hannover Hochschule fur Musik und Theater, with Vladimir Krainev. During this time he held many  solo recitals as well as chamber music recitals, in Germany, Italy, France and South Africa. In 2008 he becomes the student of Adrian Oetiker at the Musik Akademie Basel and in 2009 he had his debut in Switzerland playing F. Liszt Piano Concerto no. 2 with Basel Symphony Orchestra. In 2012 he received the Second Prize at the Geneva International Piano Competition. 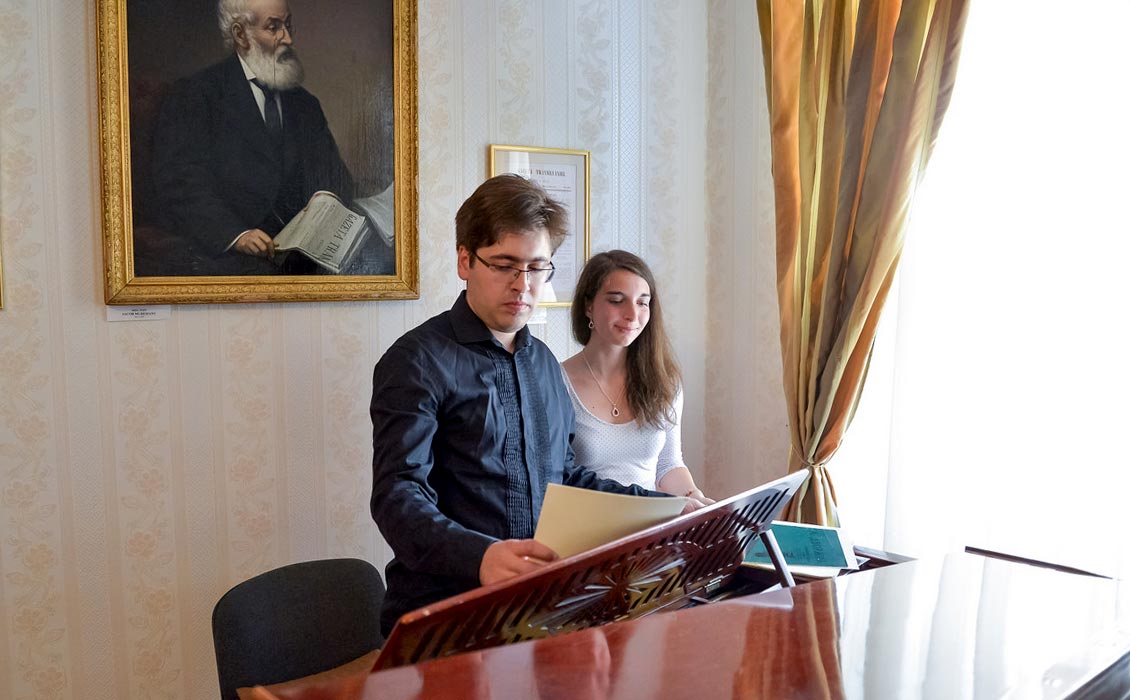