Steffen Markus Schlandt was born in 1975 in Brașov. He received his musical education from his father, Eckart Schlandt, with whom he started the study of piano and organ. He then attended the Faculty of Music in Cluj in the organ section (with prof. Ursula Philippi). Subsequently he continued with the studies of church music with Prof. Christoph Bossert at the Faculty of Music in Trossingen (Germany) as well as choir and orchestra conducting in Würzburg. He received a scholarship through the D.A.A.D (the German Institute for External Affairs) and through the Diakonisches Werk (Diaconal Outreach Ministry). As an organist, Steffen Schlandt performed in several European countries, like Germany, France, Sweden, Italy, Croatia, Hungary, Romania. He was a laureate of the D.A.A.D for outstanding result. At the international organ contest in Schramberg in 2001 he received the 2nd prize and yet another prize for Lied accompaniment in Würzburg, in 2003. 2001 – 2004 he was the chorus master of the Bach society in Würzburg. In 1999 he initiated the festival for sacred music, Diletto Musicale, in Prejmer, which has been taking place each August ever since. In September 2004 he started conducting the Bach choir and received the job of organist at the Black Church. Steffen Schlandt collaborated with the Faculty and the High School of Music in Brașov, as an associate professor for orchestra. In 2011 he defended his doctoral thesis with the title Organ Music in Brașov and the Barsa Region. In his post-doctoral work, The Library of the Black Church, he studied the old manuscripts in the library of the German high school in Brașov. 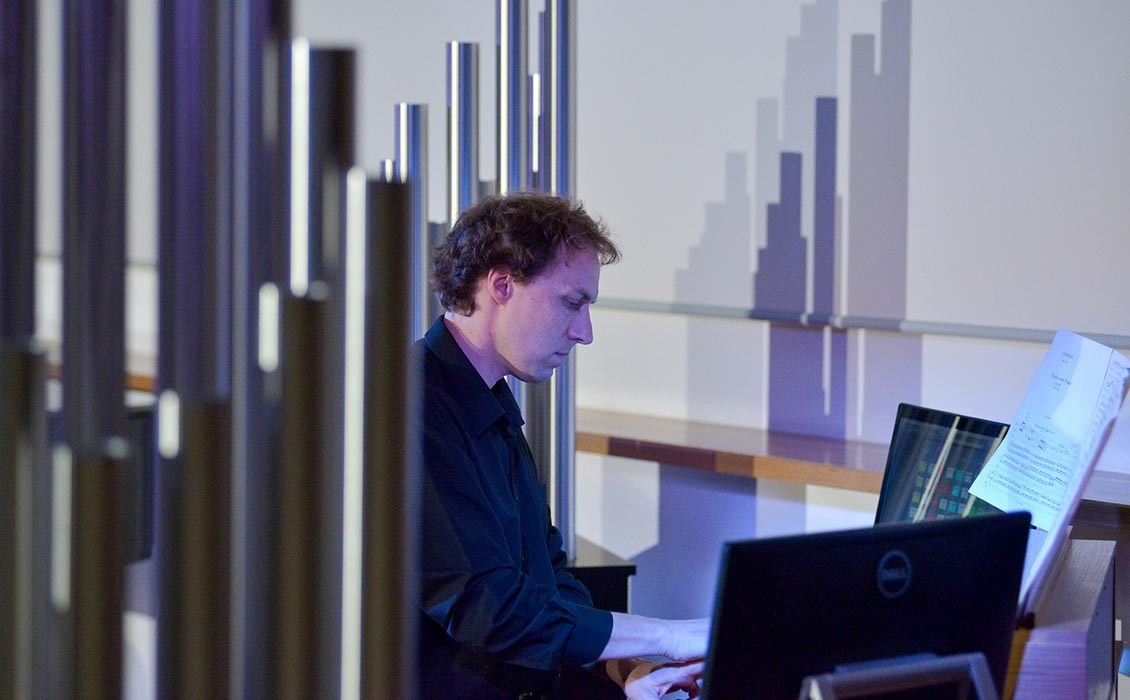