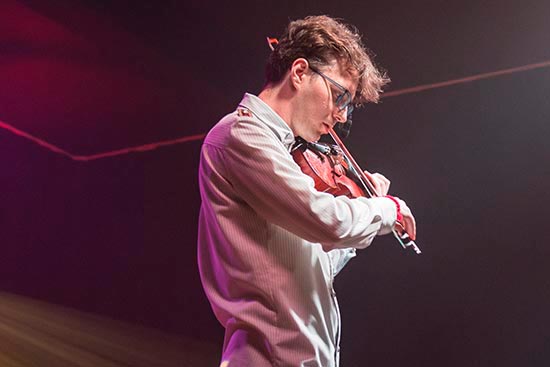 “As bandleader, Maistorovici cuts a kind of Stephane-Grappelli-meets-Brian-May figure” (Wales Arts Review), while his compositions “strike a different note” (The Daily Telegraph). Maverick Romanian violinist-composer-director Vlad Maistorovici performs internationally as soloist, recitalist and chamber musician in repertoire ranging from Bach to Turnage, through Enescu and Freddie Mercury. His music is championed by world-class ensembles and artists.

As concert violinist, Vlad Maistorovici’s performances display “technical assuredness, balanced by interpretative willingness to push boundaries that can, and often does make sparks fly” (Musicweb International on his Wigmore Hall debut in 2009).

full of atmosphere, a wonderful swirl of sounds (The Classical Reviewer) 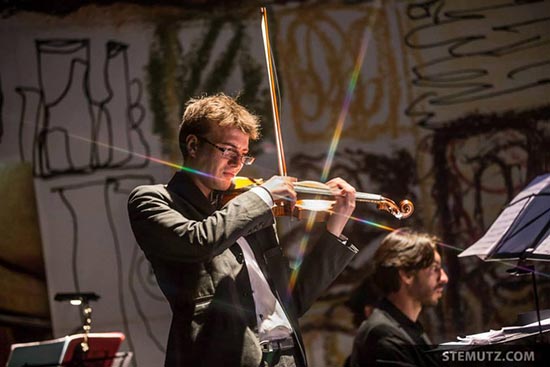 “Catchy and sonorous” (Musical America), featuring “vivid contrasts” (Financial Times) and “clarity of expression” (Actualitatea Muzicală Bucharest), his compositions are championed by world-class ensembles and artists. Informed by the experience as performer, his works are as diverse as the artists and institutions that commissioned them: from the “wonderful swirl of sounds” (The Classical Reviewer) of Halo (commissioned by the London Symphony Orchestra and recorded under the baton of Francois-Xavier Roth), or the ironic dadaist REM_X (Vis cu vampiri) (commissioned by Bucharest International Week of New Music), to the rhapsodic Concert Transilvan (premiered by Dmitry Sitkovetsky and the New European Strings), Maistorovici always “strikes a different note” (The Daily Telegraph). In 2012 the Romanian Cultural Institute in London has opened their season with a concert entitled Night Music: the chamber works of Vlad Maistorovici. In 2014 the project was revived at the Sibiu/Hermanstadt International Festival with site-specific video mapping, as part of an artist-in-focus series of three concerts that also saw him perform Brahms and Ligeti horn trios with Martin Owen and Dario Bonuccelli. 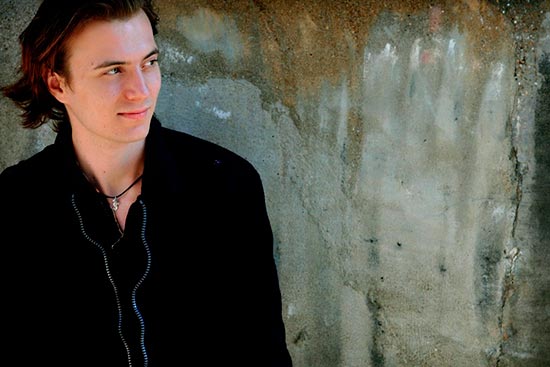 Born in Romania (1985), he is a former pupil of the Carmen Sylva Art School. At age 16, with the support of Lory Wallfisch, he gained a full scholarship at The Yehudi Menuhin School, where he continued his violin studies with Natalia Boyarskaya. He studied violin with Felix Andrievsky and composition with Mark-Anthony Turnage and Jonathan Cole at the Royal College of Music London, and later violin with Pierre Amoyal on a Soloist Master degree at the Conservatoire de Lausanne. He studied with Oliver Knussen, Colin Matthews and Magnus Lindberg in Aldeburgh, Giaccomo Manzoni in Fiesole and Dan Dediu in Bucharest. He is the winner of the George Enescu Composition Prize, Clive Christian Composition Award and The Tillett Trust Performer Platform, Young Concert Artist Trust and Remember Enescu International Competition. He has given violin and composition masterclasses at the Lilla Akademien Stokholm, Dartington International Summer School, Geneva Conservatoire and Bucharest National University of Music. In 2015 he has founded vibrate!festival in the touristic city of Brașov, Transylvania, an event that explores ways of refreshing the listening experience of classical music. Bringing together world-class innovative artists from all across Europe, the festival reaches out to a wide audiences through eclectic repertoire and cross-discipline projects in alternative venues. 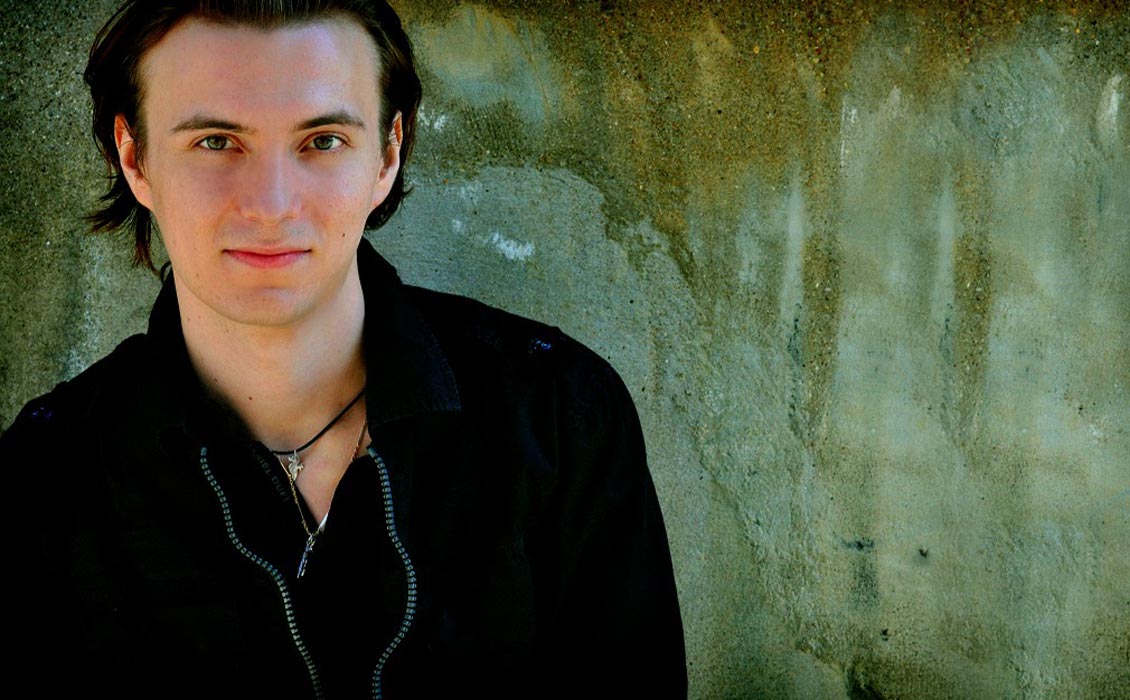