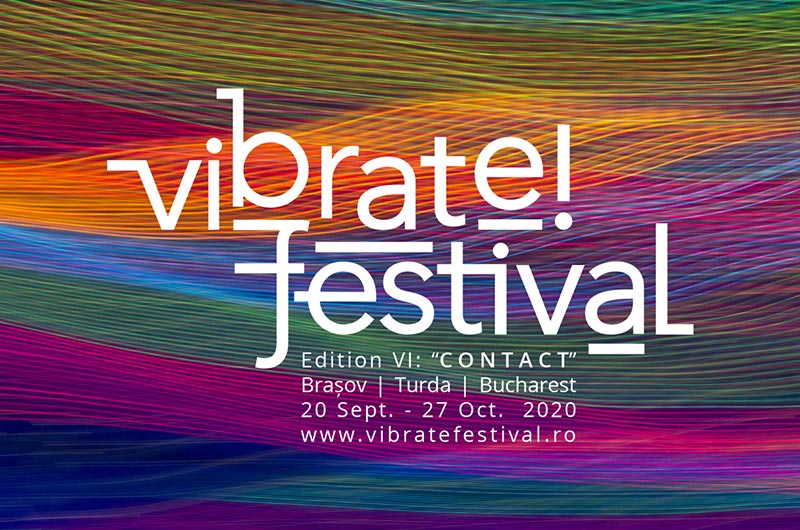 6 chamber concerts in Brașov between 20 – 26 September

Live stream of all concerts

2020 is the year of challenges for any creator of cultural content. vibrate!festival has chosen  to respond to the challenge by organizing its 6th edition, with a format that has adapted to the different times  that we are living.

The CONTACT edition of vibrate!festival is thus inviting you to Brașov starting on 20 September for a week featuring concerts, with Beethoven’s complete symphonies in historic chamber transcriptions as the headliner, occasioned by the 250th anniversary of Beethoven’s birth. After the week-long performances in Brașov, the festival proposes a new string of concerts and events both in Brașov and in Bucharest and Turda, until 27 October.

From its first edition, vibrate!festival has aimed to present classical music beyond the conventional venues and to bring it closer to people. This year we are coming with a new format and taking CONTACT with our national and international public including by livestreaming all our concerts on Facebook (https://www.facebook.com/vibratefestival) and on our website (https://www.vibratefestival.ro/). We are thus bringing prestigious musicians from Romania to everyone’s homes and we are promoting our valuable artists in the international arena.

Similarly to the first 5 editions of vibrate!festival organized in Brașov we have once again selected for this edition, organized for the first time in three cities: Braşov (20 – 26 September 2020), Turda and Bucharest (October 2020), venues for cultural consumption that are able to promote the message of vibrate!festival: Culture is alive. Through adaptation and readaptation, we will remain a pillar of musical professionalism. The number of tickets available for the live concerts will be limited, considering the official rules and recommendations. The tickets will be available at the concert venues (except for the concerts at the Multicultural Centre Brașov, where entrance is permitted based on prior reservation). Additional details can be found both on the website and on Facebook.

The rising stars of the national musical arena and among the local visual artists are the invited guests of this edition of vibrate!festival. Ștefan Cazacu, Adrian Vasile, Andreea Țimiras, Costin Soare, Ioan Dragoș Dumitriu, Andrei Stanciu, Emma Rotomeza, foton² (Alexandru Solomon), as well as reputed flute player Ion Bogdan Ștefănescu and the founders of vibrate!festival, violonist and composer Vlad Maistorovici and pianist Diana Ionescu, are the performers of the CONTACT edition.

”In the year when we celebrate the 250th anniversary of Ludwig van Beethoven’s birth, we need more than ever his symphonies, symbols of the strength of the human spirit and of the fellowship with our neighbors. The chamber transcriptions signed by Beethoven himself and his illustrious disciples and colleagues aimed to bring the Symphonies in a family environment, before the invention of the sound recording technology and at a time when the symphonic concerts were much less accessible to the general public.”

vibrate!festival – story Since 2015, vibrate!festival has promoted chamber music, arts, and the national architectural patrimony by attracting diverse audiences in unique concert venues. The concerts are performed in alternative venues, appropriate for culture consumption, but still unconventional: museums, churches, pubs, squares, schools, spaces that are architecturally and symbolically relevant for the inhabitants of Braşov and for the tourists alike. The Festival encourages and highlights the connections between the various artistic disciplines and classical music, as it constitutes a meeting place and a connection point for the arts.

* The concerts and the events scheduled for October will be subsequently announced, depending on the sanitary requirements in force at that time.     #VibrateFestival

* This project does not necessarily represent the position of the National Cultural Fund Administration (AFCN). AFCN is not responsible for the content of the project or the way in which the results of the project may be used. They fall under the complete responsibility of the beneficiary of the financing.