Born into a family of musicians, Colin Alexander began playing the cello at a very early age. He later studied at the Guildhall School of Music and Drama, achieving his BMus in both cello, with Oleg Kogan, and composition, with Richard Baker. Since leaving the Guildhall, Colin has completed a Masters in Composition at the Royal College of Music, with Jonathan Cole, on a full scholarship whilst establishing himself as a freelance cellist. Having recently finished a commission for the Françoise-Green piano duo, Colin has also written pieces for Mark Simpson, the Mercury Quartet, the London Contemporary Orchestra, London Philharmonic Orchestra and the Marryat Players String Orchestra. Colin was privileged to transcribe music for Montserrat Caballé’s final concert in Madrid Arena and has twice arranged music for the English Chamber Orchestra. In 2015 Colin transcribed, arranged and performed tracks by grime-artist Zimbo for Penny Woolcock’s Utopia at the Roundhouse and is now currently working with flamenco dance company Dotdotdot, singer Emilio Florido and guitarist Liam Howarth for a new show at Sadler’s Wells on 26th and 27th May. Notable appearances as a cellist have included solo cello in The Calling by Haroon Mirza and Shiva Feshareki at the Barbican, Brahms’ Double Concerto at St James’ Piccadilly, Debussy’s Cello Sonata at King’s Place, various projects with the Mercury Quartet (whom he has recently joined) and a number of chamber music concerts with Tre Voci and the Ossian Ensemble. Orchestral performances since 2014 have seen Colin appear with the BBC Symphony Orchestra (including cello no.4 in Villa-Lobos’ Bachianas Brasileiras for eight cellos and soprano), the Royal Philharmonic Orchestra and as co-principal in the English Chamber Orchestra and Royal Philharmonic Concert Orchestra. He regularly records for advertisements and television and has appeared on BBC Two, BBC Four, BBC Radio 3, ITV, Channel Four and Resonance FM whilst also recording the solo cello part for the highly acclaimed film Ship of Theseus. Colin has also worked as principle cello for the London Telefilmonic Orchestra, London Contemporary Orchestra, the Little Orchestra and the Symphony Orchestra of India. Chamber music collaborations have included performances with musicians such as David Campbell, Alexander Baillie, Dmitri Sitkovetsky and Michael Cox. Colin is also heavily involved with the re:sound collective – a self-sufficient group of London-based aural and visual artists. As a curator, Colin has commissioned, programmed and performed many new works whilst writing and providing his own music for events. The musicians that have appeared at these concerts have ranged from Michael Cox to Micachu and members of the South Bank Gamelan Ensemble at venues such as an abandoned museum, a World War Two bunker and a derelict church. In October 2015, Colin co-produced a multi-faceted show at Union Chapel with Haroon Mirza and Shiva Feshareki which was part of Frieze Art Fair and supported by Arts Council England, Dhaka Arts Summit and the Fiorucci Art Fund. 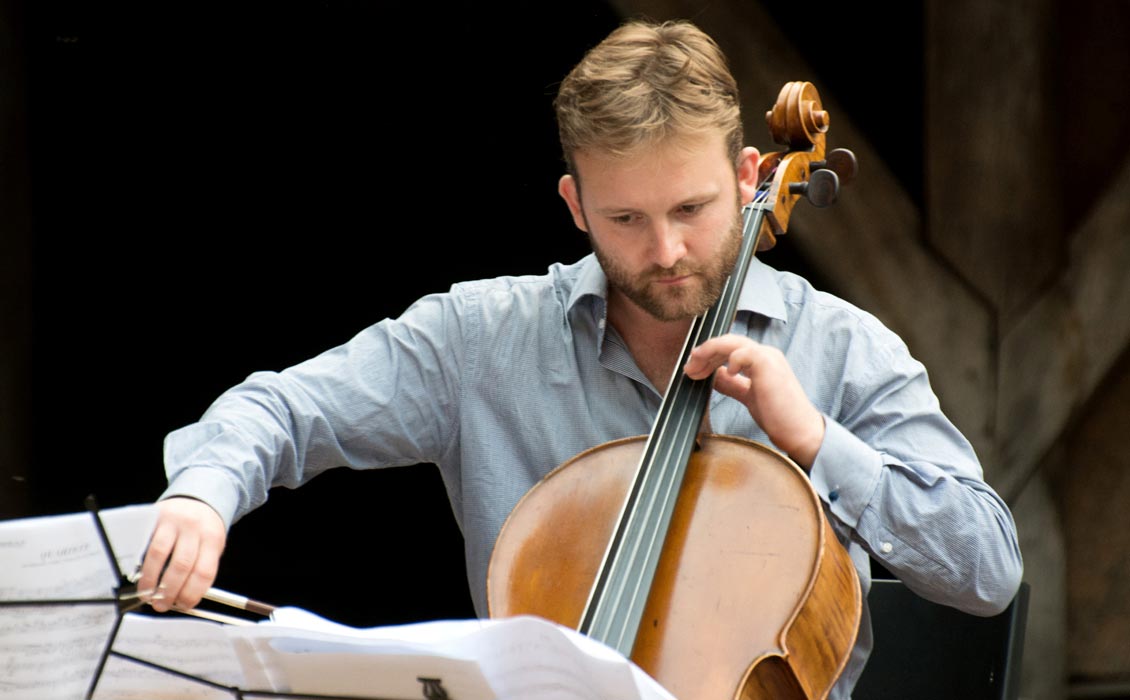