Costin Soare (www.costinsoare.com), one of the most active and committed guitarists of his generation, gives recitals throughout Romania and abroad, some of his last projects including national solo and chamber music tours like From Schubert to Sting, Schubertiade – A dialogue across the time (with the violist Marius Ungureanu) Romanian 100% (with the flutist Ion Bogdan Stefanescu) / 2019, From Paganini to Piazzolla, The Magic Flute, Twenty Shades of Music CD tour (with Ion Bogdan Stefanescu)/2017-18, From Bach to Beatles (2017), Music in Romanian Palaces (2016), Nocturnes and Dances (2013). He is the first Romanian guitar player who records on a CD (Nocturnes and dances/2014) two Bach Suites for Lute (BWV 995 and 996) and works by Britten and Takemitsu, and he has recently launched his new CD, Mirrors, with music by Dowland, da Milano, Sor, Tárrega, Villa-Lobos, Barrios and others. He is also interested in performing and promoting new music for guitar: in his project (Musica…), at the George Enescu National Museum, he has comissioned more than 20 new works for guitar (or viola and guitar) written by some of the most important Romanian composers: Dan Dediu, Carmen Cârneci, Violeta Dinescu, Şerban Marcu, Gabriel Mălăncioiu, Gabriel Almaşi, Sebastian Androne and others. He is the artistic director of Guitar Evenings International Festival from Bucharest, where top guitarists from all around the world give concerts every year. He started playing guitar at the age of 15, graduating from the Brasov Faculty of Music (Transilvania University) with a diploma in Music Performance and Teaching (in the class of Corneliu Voicescu). Soon after, he is awarded a full scholarship for a Master in Music Performance at the Royal Scottish Academy of Music and Drama, where he studied with Phillip Thorne and Allan Neave. During those years, he takes part in masterclasses with renowned guitarists like Joaquin Cleerch, David Tanenbaum, Harvey Hope, Carlos Bonnell, Pablo Marquez, Zoran Dukic and Paolo Pegoraro; he won prizes in the National College and University Contests and in Craiova International Competition held in Romania. His Ph. D. work for the thesis entitled The Sonata for Guitar in 1920-1950 period – The Neoromantic Generation was awarded Magna cum Laudae in June 2011, showing his interest in theoretical research. Also, in 2013 he completed his post-doctoral studies at the University of Music, Bucharest, with a project entitled Editing and Performing Bach’s Lute Suites on Guitar. During this period he did a series of concerts and conferences at the main music universities of Romania under the title Nocturnes and Dances; the CD (Bach, Takemitsu, Britten) with the same name, a premiere for the Romanian guitar world, has been released in June 2014. In 2017, a second CD is released together with the flutist Ion Bogdan Stefanescu, celebrating 10 years of activity as a duo, under the title Twenty Shades of Music, with works by: Bartok, Piazzolla, Machado, Tadic, Ramirez and Morel. And he appears occasionally in other ensembles: guitar duo, violin-guitar duo or guitar with string quartet. He was a co-director and performer in the play inspired by Mario Castelnuovo-Tedesco’s work  for narrator and guitar Platero y yo, staged in Bucharest, Baia-Mare and Sighisoara by Petru Maier Bianu. His programs can be defined by a thematic concept – such as recitals dedicated to Leo Brouwer, Toru Takemitsu (solo guitar and flute-guitar), A Spanish Evening (solo guitar and voice-guitar), Musica… series (Musica Nocturna, Musica Poetica, Musica del Delphin, Musica per due, Musica delle Citta Invisibili) – a project with world premieres written by Romanian contemporary composers, Italian 100% (flute and guitar) etc.etc. – or by the historical approach to the instrument conceived as a live performance of the music from the various eras (Renaissance, Baroque, Classical etc.) He has been invited to teach in important Summer Academies in Romania (Academia Sighisoara: 2014, 2015; ICon Arts Transilvania: 2016-2020) along with other teachers like Reinbert Evers or Andras Csaki. Costin Soare is currently teaching at Dinu Lipatti Art College-Bucharest and he is an associate teacher at the National University of Music from Bucharest. He plays a guitar made by the one of the finest Romanian luthiers, Alexandru Marian. 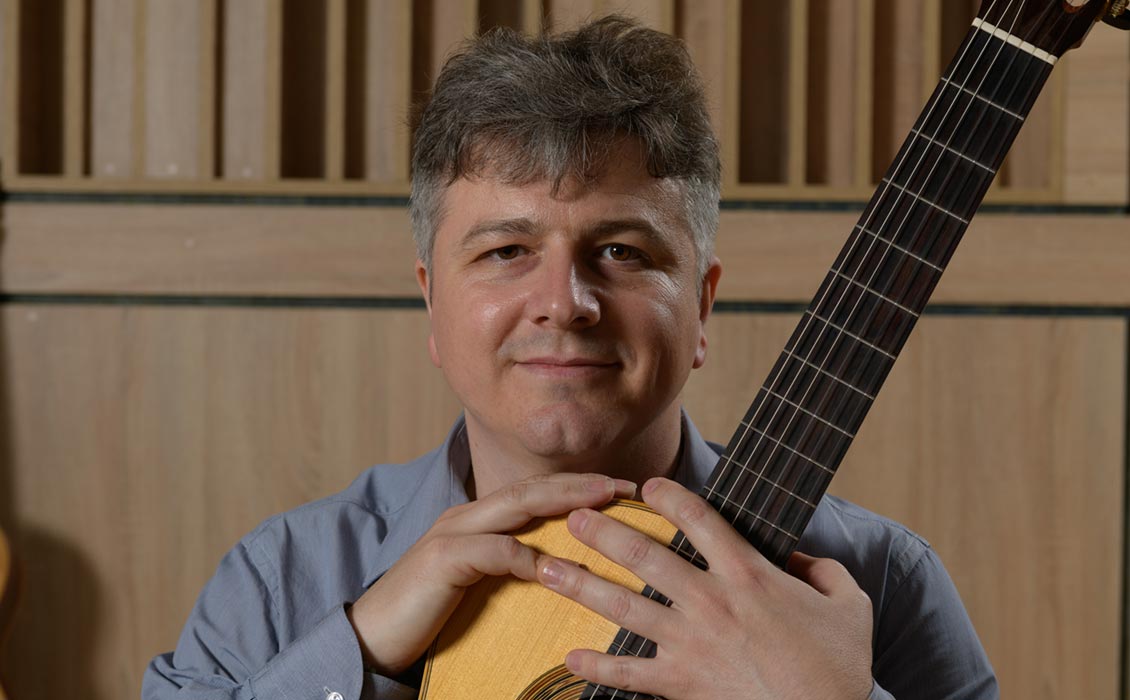