Young musician of the year – Holland 2010

Winner of numerous competitions and developing an outstanding career, Dana Zemtsov is one of the most promising international viola soloists of her generation. Highlights in the past seasons include Dana´s performance of the Bartok Viola Concerto in the Main Hall of the Concertgebouw (Amsterdam), playing chamber music with Janine Jansen and Martin Frost during the Utrecht Chamber Music Festival, and a recital in Carnegie Hall (New York). Recently she signed an exclusive record deal with Channel Classics Records for three recordings, of which the first Viola Solo CD Enigma has been released in April 2014, and was received very well. The following recordings will contain Viola Sonatas with Piano and Polish Viola Concertos in collaboration with conductor Daniel Raiskin. Dana is 1st Prize laureate of several competitions in Luxembourg, Italy, Austria, Germany, Portugal and the Netherlands. In 2010 she won the Dutch competition Evening of the Young Musician, became the Young Musician of the Year and represented The Netherlands at the Eurovision Young Musicians Competition in Vienna. Dana is regularly appearing  on the most important international stages, among others the Royal Concertgebouw (Amsterdam), De Doelen (Rotterdam), St. Petersburg Philharmonic Hall, The Opera Hall in Tel Aviv, Carnegie Hall (New York). Dana played chamber music with Janine Jansen, Giovanni Sollima, Martin Frost, Ilya Gringolts and pianist Boris Berezovsky. As a soloist, Dana performed with the Ukrainian National Philharmonic Orchestra (Ukraine) Holland Symfonia, Sweelinck Symphony Orchestra, Sinfonia Rotterdam (the Netherlands), F. Busoni Chamber Orchestra (Italy). International tours brought her to Denmark, Peru and the USA. She participated in the Stars of Tomorrow tour in Germany, together with the most promising young talents of Europe. Performed at the biggest festivals in the Netherlands as the Delft Chamber Music Festival, Storioni Festival, Grachten Festival, the International Chamber Music Festival Utrecht, Three Day Music Festival The Hague. She also performed in festivals in Germany, Italy and the United Kingdom. Dana was born in 1992 in Mexico City. At the age of 5 she received her first music lessons from her grandmother and from her parents, both viola players (Mikhail Zemtsov and Julia Dinerstein). She has followed master classes with renowned professors such as Bruno Giuranna, Atar Arad and Sven Arne Tepl, and is currently studying with the famous viola virtuoso Michael Kugel. Dana Zemtsov plays an Italian viola built around 1880, which was kindly provided to her by the Dutch Musical Instruments Foundation. 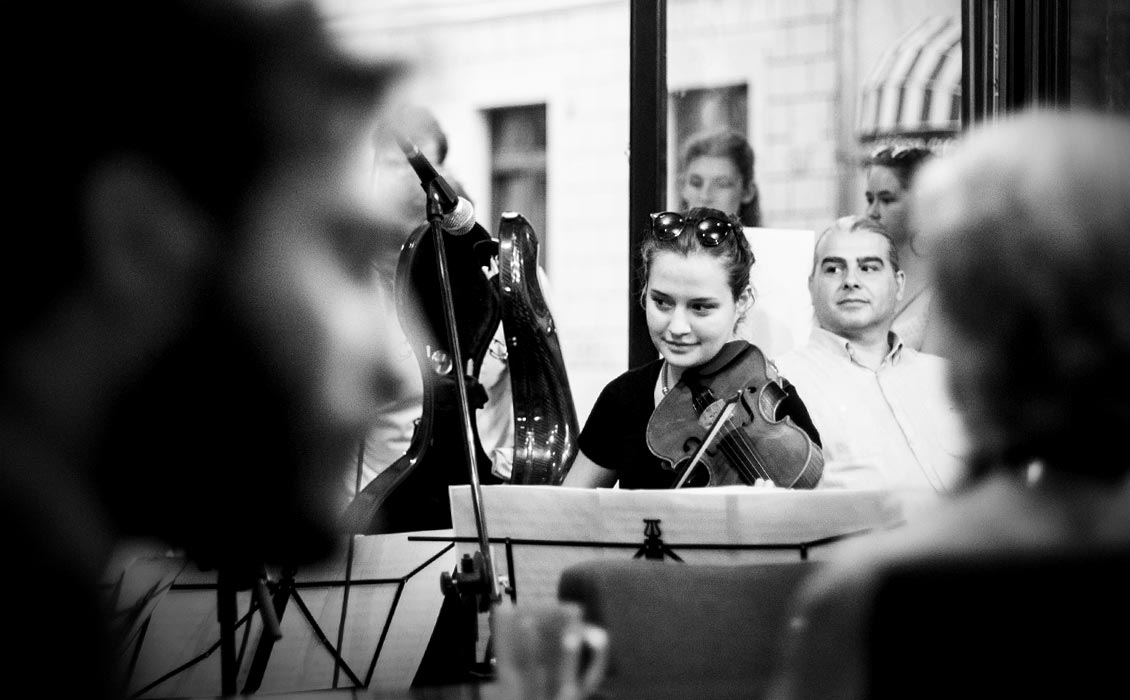