Eva was born in Reykjavík, Iceland, and began playing the violin at the age of three. In 1998 she was offered a place to study at the Yehudi Menuhin School of Music in Surrey where she was taught by Maciej Rakowski. Throughout her time at the school she gave numerous performances as a soloist and chamber musician at venues such as Wigmore Hall, Purcell Room, Royal Festival Hall and began performing with various orchestras throughout the UK and Europe. She is also a graduate of the Royal Northern College of Music where she was awarded numerous prizes for solo performances as well as chamber music. In 2010, she graduated from the college with an International Artist Diploma in Solo Performance. Eva has appeared as a soloist with the BBC Symphony Orchestra at the Barbican performing Max Richter’s Memoryhouse. She has also performed with other acclaimed orchestras such as the Manchester Camerata, Odense Symphony Orchestra and the Iceland Symphony Orchestra. Recently a Nordic Soloist Prize finalist, Eva is also a prize winner in numerous International Violin Competitions including winning the 3rd prize as well as the Audience Prize in the prestigious International Carl Nielsen Violin Competition in 2012. Whilst pursuing her solo career, Eva currently holds the position of Principal 2nd at the Hallé Orchestra in Manchester. Eva plays on an 1845 Joseph Rocca violin, previously owned by the great Alfredo Campoli. 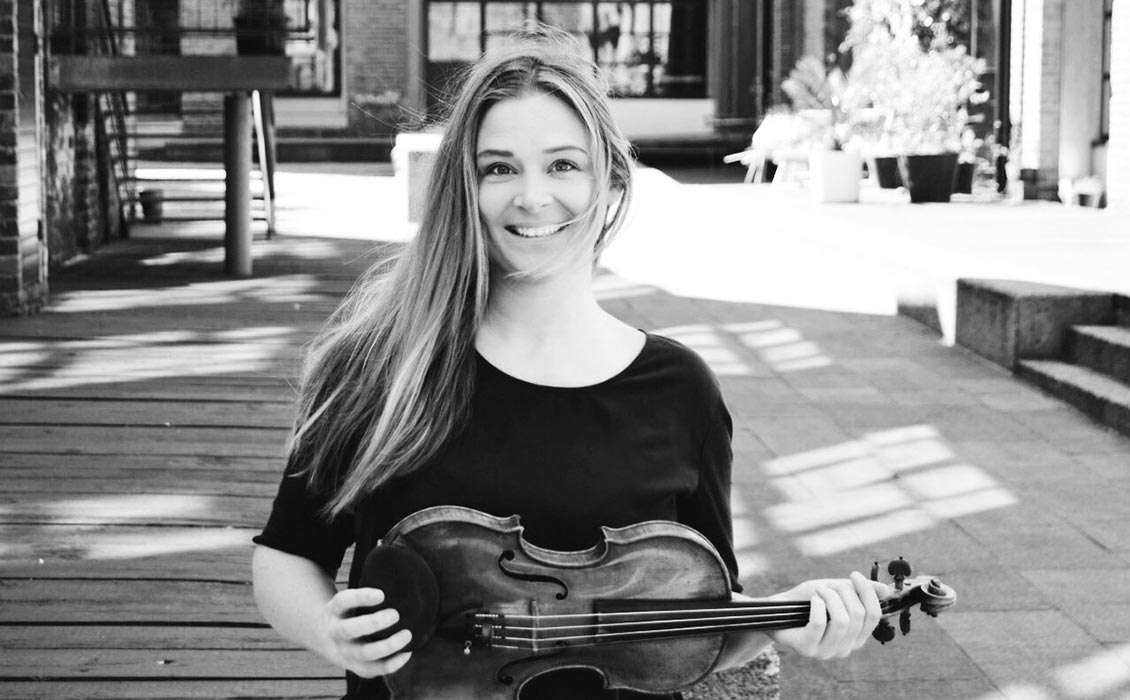