Ioan-Dragoș Dimitriu started studying piano at the age of 6 with Viorica Burcică and Francisca Lupu, and after he turned 11 he worked with pianist Corina Ibănescu. At the age of 16 he played for the first time with an orchestra, conducted by Ilarion – Ionescu Galați. That concert was followed by many invitations from various orchestras in Romania (National Radio Orchestra, Sibiu Orchestra, among others). He started studying piano at the University of Music and Dramatic Arts in Vienna with pianist Martin Hughes in 2010 and he is currently studying with pianist Stefan Arnold. He has received many scholarships and private sponsorships for his outstanding results. Ioan-Dragoș Dimitriu made his international debut in 2011, when he performed the Piano Concerto no. 5 by Ludwig van Beethoven at the Berlin Philharmonic Hall. He has since played on numerous stages in Europe and Japan and often at charity events. As a chamber musician, he has performed for the Austrian Broadcasting Company (ORF) and has twice won the Sonoro Scholarship. He recently won the first prize at the Cameristi dell’Alpe Adria competition with Avante Trio. Together with Marko Dzomba (saxophone) he won the first prize at the Casino Austria Rising Stars competition in Vienna. 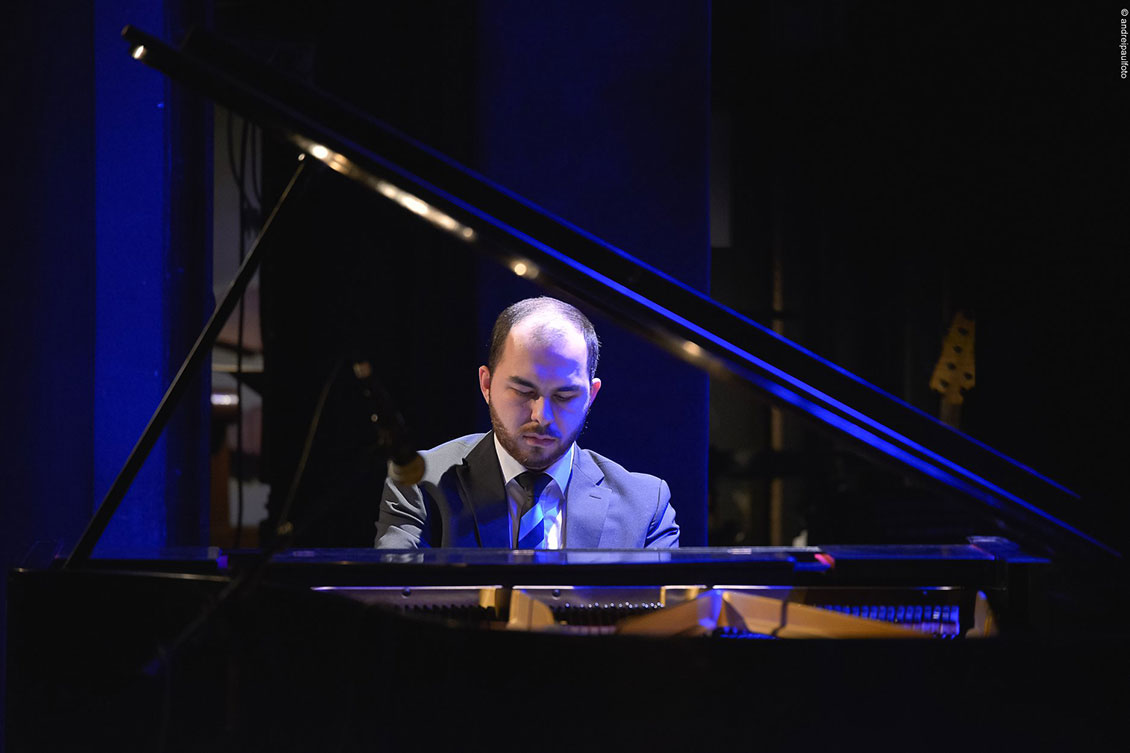