13 Jun 2015 Message from the President of Romania

The message from the President of Romania, Mr. Klaus Werner Iohannis, for the organizers and audience of the first edition of vibrate!festival.

Message from the President of Romania, Mr. Klaus Werner Iohannis, for the organizers and audience of the first edition of  vibrate!festival.

Esteemed organizers from Paul Constantinescu 2009 Cultural Association and the Association for Music, Arts and Culture

I want to thank you for the invitation at the first edition of vibrate!festival, Brașov 2015. I want to confess that looking at the festival program and the list of artists I understood why you chose as motto the quote from George Enescu and how well it suits. While Sibiu was getting ready to become the European Capital of Culture, I learned that the secret of a good audience is to engage the youth. The way in which vibrate!festival invites young people and engages them makes me happy: Brașov, as a competitor for the title of European Capital of Culture knows and does what it needs to in order to become a serious candidate. A great physicist demonstrated almost a century ago that each particle in nature is associated with a wave, each body with a vibration. Yet, no ecuation, no matter how complex, can comprise the vibration of life. And no theory synthesizes and communicates it better than the eight music notes. I see that vibrate! is about music as much as it is about human solidarity, about art in its classical expressions, and about innovation. I congratulate you for managing to capture the modern evolution of the entrepreneurial, inventive and humanist spirit of the historic Brașov. Your project gives a new, contemporary form of competitivity to the medieval Kronstadt – Brasso, based on the attractiveness of cultural diversity. Counting on these traits, I don’t doubt that by saying Happy Anniversary, Vibrate! I do nothing but anticipate. 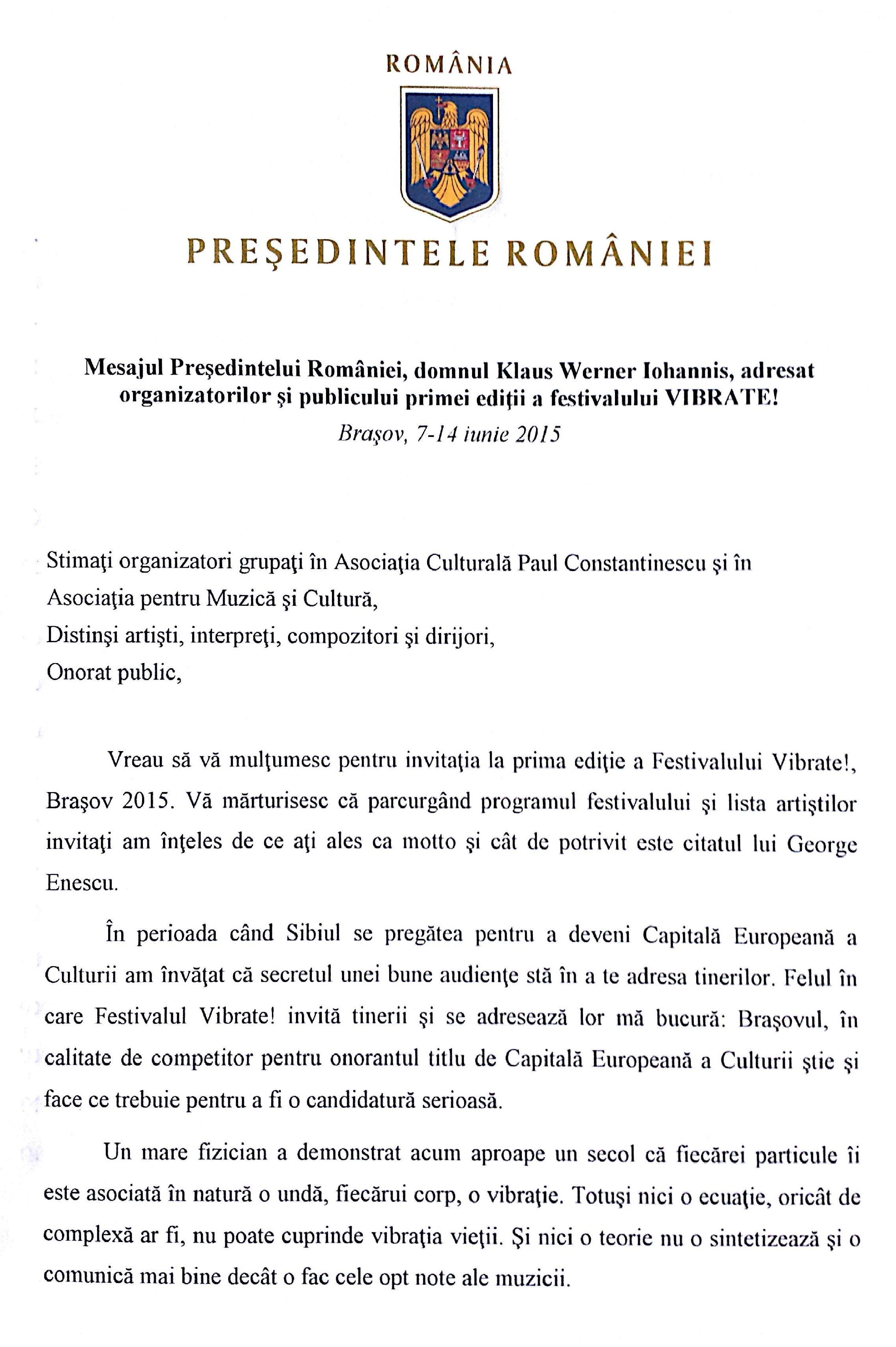 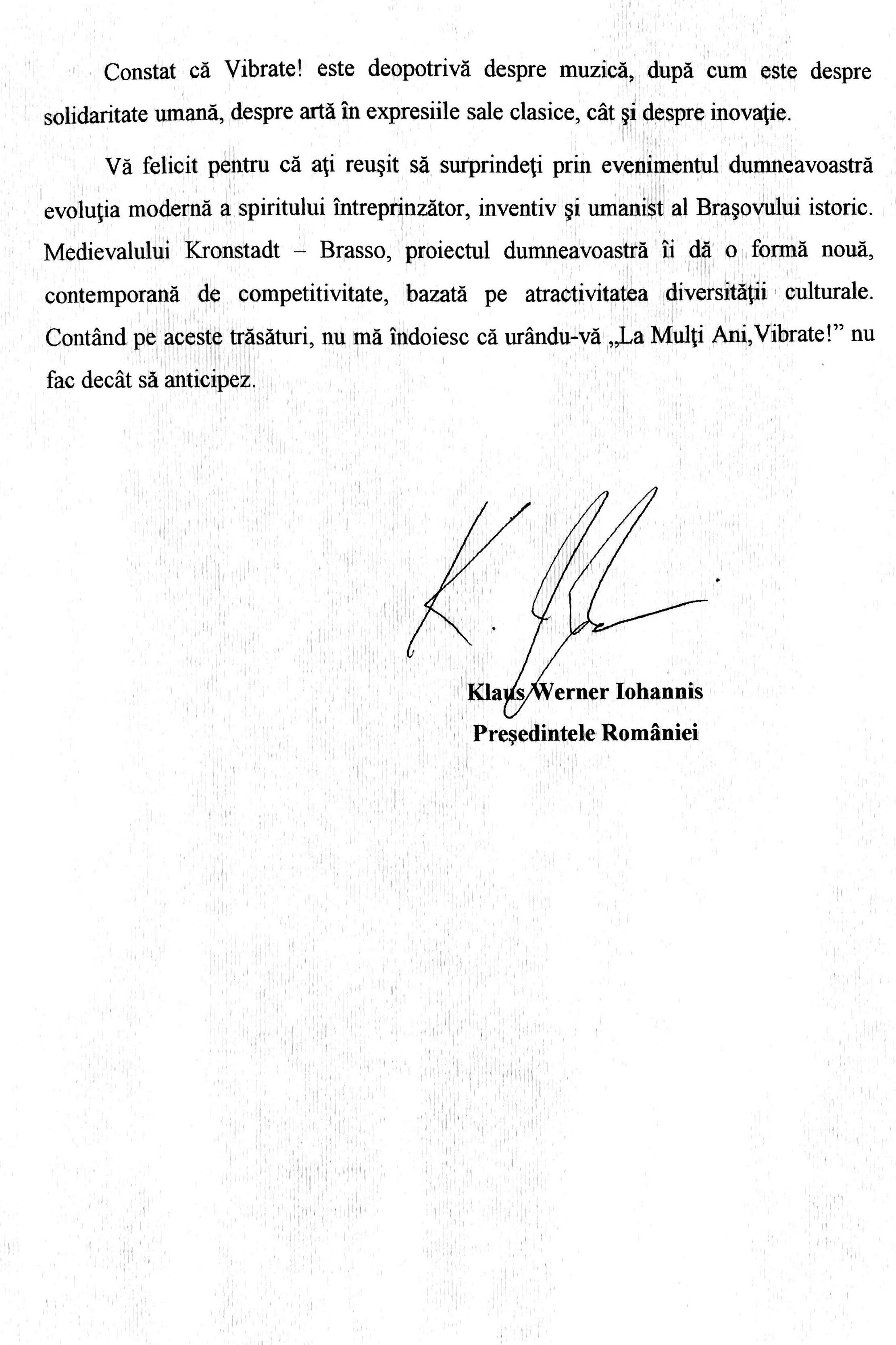