Born in 1976 in Brașov, in a family of musicians, he started his piano studies at the Brașov Music High School with prof. Mirra Popescu and already had his debut as a soloist with Brașov Philharmonic at the age of 12. He was awarded numerous 1st and 2nd prizes at the National Competitions during his highschool years. From 1995 he began his organ studies at the Music College from the Transilvania University Brașov, with prof. Eckart Schlandt and graduated in 2000. He has been an active participant in many masterclasses, for organ with Ludger Lohmann and Christoph Krummacher, for harpsichord and continuo with Jesper Christensen and Maria Brautigam, for improvisation with Martin Strohhacker, as well as for Baroque music historical performance with Jan Kleinbussink. Between 2001-2004 he followed the Postgraduate and Masters Course in Organ Studies at the Lausanne Conservatoire with prof. Jean-Christophe Geiser and obtained his Concert Diploma in 2004. From the numerous recitals he had in Romania and abroad it is worth mentioning his highly acclaimed concerts at the Lausanne Cathedral, Black Church Brașov, Evangelical Church Sibiu, Boğaziçi University Istanbul, Roche Organ Museum (Switzerland) and Valsesia Festival (Italy). Between 2002-2004 he held the post of Principal Church Organist at the La Sallaz/Vennes Church in Lausanne and since 2004 he is the Principal Church Organist at the Sf.Bartolomeu Church Brașov. Along with his rich performing activity as an organist he is also performing extensively as part of chamber music groups as the Quartetto Brassovia and Codex or the Chamber Orchestra Miercurea Ciuc. He developed a special interest towards reconditioning and maintaining the Organ Instruments and was awarded a specialist Diploma from Harman in 2007. He reconditioned and maintained Organ Instruments from Switzerland, at Porrentruy and St Pierre’s Cathedral Geneva as well as the Buchholz Organ of the Black Church Brașov. 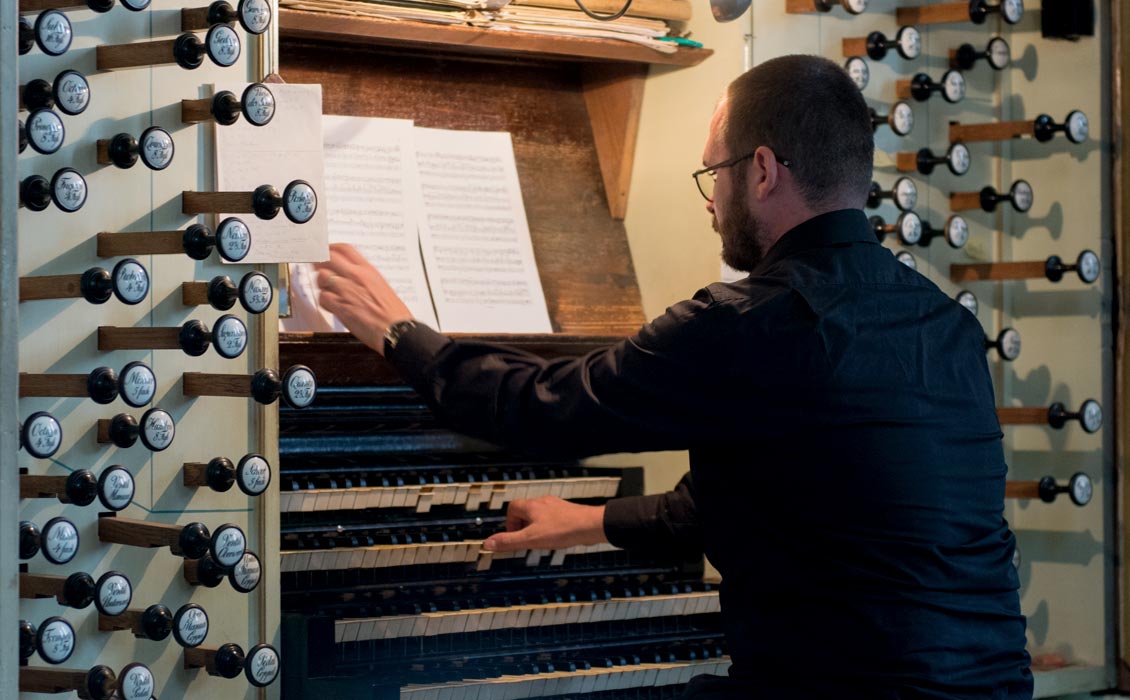