On Sasha Meret – by Adam Brown 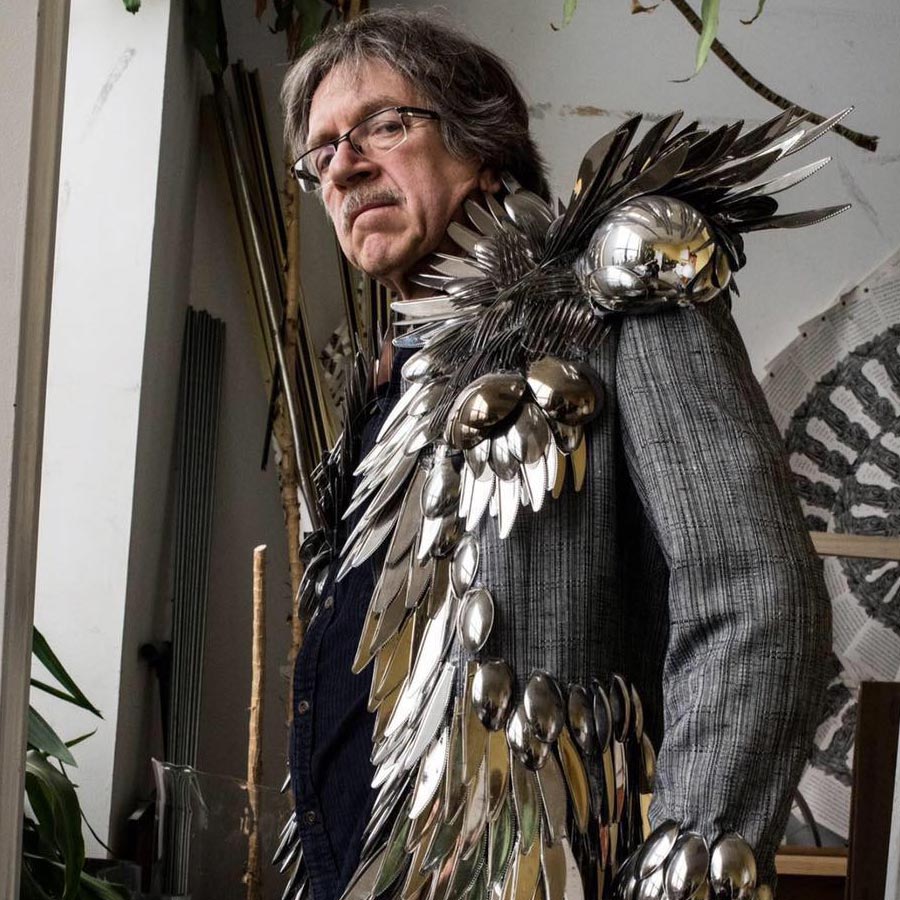 Visionary artist, teller of tales, and force of nature… Sasha Meret is a virtual demiurge. Populating imaginary realms with his theriomorphic and syncretic creatures – crystallizing fictive worlds from fragments of the familiar as places which mirror our own – Meret’s universe is an epic tome. His planet has borne an alternate reality – one skewed from our timeline by a solitary fate – one catalyzed in space by some single act in time: I call this Meret’s fulcrum. His landscape is animated – inhabited by mercurial amalgams of metallic utensils and industrial detritus. Like beings unto themselves, they self-reference.

For the artist, they are as futurist life forms taking lives of their own, portrayed as the future relics of their disposable worlds; his creations incarnate like the homunculi of the medieval alchemists. Whether devised as objects unto themselves or designed as appurtenances to couture (Meret’s so called wearable art was seen on parade at this year’s NY Fashion Week) – his menagerie is his nursery and autonomous womb. Fruitful – his offspring multiply – they are fecund and prolific. Visit his voluminous studio and see how they populate almost compulsively, like automata arising from the oblique algorithm that is Meret himself.

Taking his lead from Brâncuși, who conceived his atelier as sacred space in harmony with his visions, Meret goes a step further by transforming his into a place of divination. As with the caves at Altimira, his creative realm is catalogued like an atlas, and replete with a mythology of its own. Like the weavings of a bard, Meret’s sculpture, like the denizens of his worlds, emerge from the fabric of his fictional histories. His narratives are conceptual labyrinths – worlds that intersect, that parallel our own – tall tales that lend content to his forms. Conjuring his animated doppelgangers – skeletal frameworks and chiton forms that protrude into the sculptural realm – Meret creates windows into what could be or even might be. 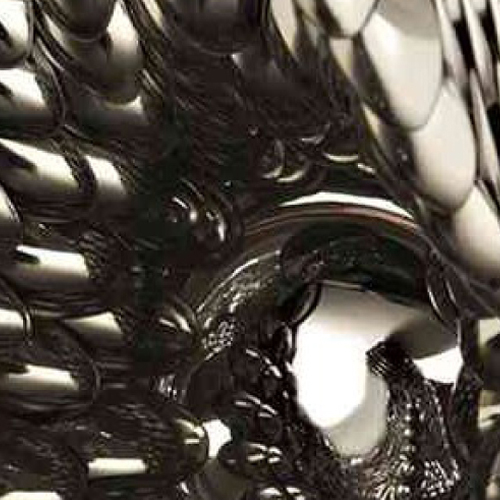 Through the rubric of the alternative and the interchangeable, he compels us to ask… what if ? Twists of fate are compelling motifs for Meret – pivotal currents coursing through the life of his work. For the artist, seminal ironies divinely inspired are but methods to madness. Like the Tin Man in Oz, Meret lives with chronic Parkinson’s. Fish out of water and fugitive – the artist lives by the grace of frenetic productivity – fugue states of intense creativity. Volatilized by the sweet dew of dopamine’s neural cascade which abate his body’s paralysis – Meret is fate’s pawn. Mercifully fed ichor by his muse – his lifeline, his sword of Damocles – he must create. By navigating life as the shaman who dreams his own wings, Meret extends his ground of being – he projects both the likeness and the life of his parallel worlds through dreamscape totems. As alter ego, or the double, or the hologram which presents an image of what is hidden, what is eclipsed, and what is present all at one time – Meret shows us the way by directing our attention towards the unnoticed dimension that twists in upon itself, which seems to disappear from plain sight – yet can reveal itself through a closer inspection. We are all strangers in this strange land and Meret is the itinerant sorcerer. He is the Juggler.