Stefan Hadjiev (born in Bulgaria in 1982) has distinguished himself as a versatile, innovative artist in the international concert scene. Having always looked beyond the main-stream and standard definitions of music-making, Stefan stayed away from international exposure for many years in order to explore and develop his personal playing style and musical identity. In recent years he has gained substantial international recognition both as soloist and chamber-musician and has dedicated himself to a very varied repertoire, to removing the boundaries between musical genres and to developing a radical interpretative aesthetic that sheds light on the very core of the music he performs. Having graduated with distinction in 2007 from the Guildhall School of Music and Drama in London (in the class of Stefan Popov) with a masters degree in both cello and chamber music, Stefan has appeared in concerts in the UK, Germany, Bulgaria, Switzerland, the Netherlands, Italy, Belgium, France, Hungary, Portugal and in Latin America. His most recent engagements include a critically acclaimed and highly well-received performance of the 2nd Cello Concerto of D. Shostakovich with the State Orchestra of Kassel (Germany) and conductor Yoel Gamzou аnd world premiere of Cello Concerto by Michael-Gregor Scholl. Stefan has been highly committed to performing a very varied repertoire and amassed a wide array of works, both in the chamber-music, solo and concerto repertoire of unknown and contemporary compositions. Moreover, he has always had strong interest in other musical genres and makes sure to include works from the folk-music, jazz and independent repertoire in his traditional concert-programmes. Stefan has been a permanent member of the International Mahler Orchestra since 2011, an ensemble of 20 top-class musicians from all over Europe, all united by their wish to look beyond the traditional orchestral setting and break the status quo in classical music. He he has been playing with the IMO as principal cellist and soloist on numerous european stages, including the Berlin Philharmonie, Köln Philharmonie, Stuttgart Liederhalle, Kurhaus Wiesbaden, NDR-Saal Hamburg, Kassel Stadthalle and many others. Recently appointed to the artistic committee of the orchestra, he is a central pillar in the activities and strategic planning of the orchestra. Stefan played in numerous prestigious concert halls all over the world. Alongside the ones mentioned above, he has also played in the Wigmore Hall, Barbican Centre, Cadogan Hall, the Royal Festival Hall, Queen Elisabeth Hall, and has been a regular guest at the Literaturhaus Berlin. He has appeared as soloist with orchestras such as the Southbank Sinfonia, Handel Collection and the Orchestra of the State Academy of Sofia, and had the honour of playing for his HRH Prince Charles at St. James’s Palace and for Queen Beatrix of the Netherlands, on the occasion of a special tribute-concert at the Grachtenfestival in Amsterdam. Stefan has always passionately pursued a broad spectrum of interests and his professional activities show this versatility. In 2014 he was co-founder of one of the most innovative and experimental festivals in Sofia (Bulgaria) called 180° for music and the visual arts, and also took part in the renowned Podium Festival Esslingen in Germany. 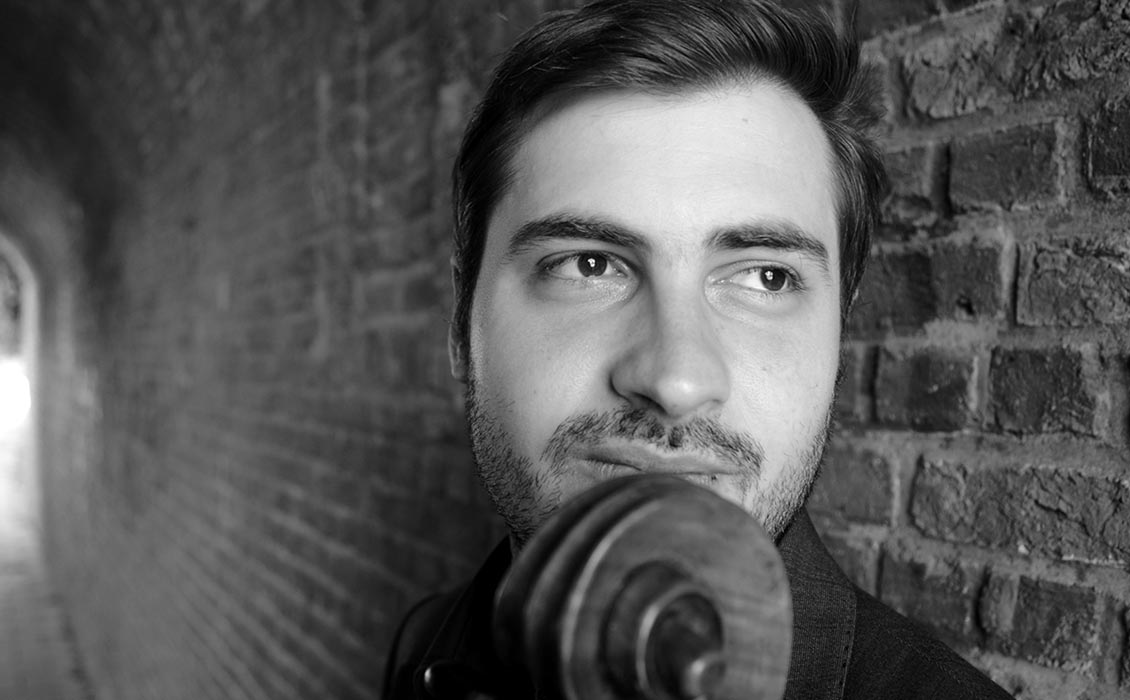